In this exciting online game users compete with a collection of cards with players values ​​against each other. The game concept here is similar to the style of play of Super Trumps card games.

At the beginning each user receives a starting collection of 14 player cards of different World Cup teams. The user has the option to expand his virtual card collection by entering codes which are located on the back of the printed card or player performs tasks within the game.

Once the user has positioned his player card in his desired lineup, you can start the actual game. You can choose between three game modes – unlimited play with up to 19 cards, playing with 8 random cards and 2 users against 2 users.

Users earn ingame achievements that reward them with virutal coins. Those can be used in the ingame shop to buy extra player cards or modification cards.

Additionally to the multiplayer game modes there is a Singleplayer Campaign where users have to defeat opponents in multiple levels. Some matches have challenging restrictions on the cards you are allowed to use for your deck, so it’s up to you to maximize your team. 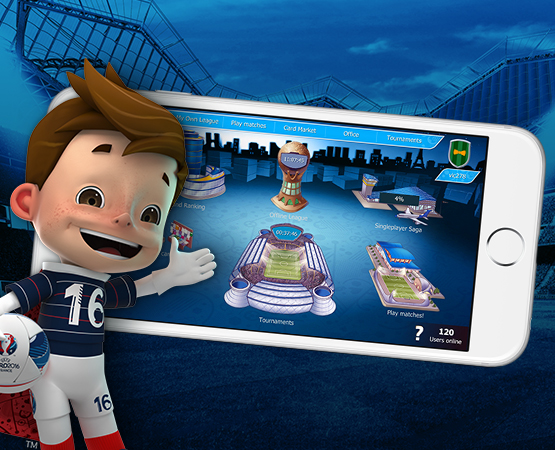